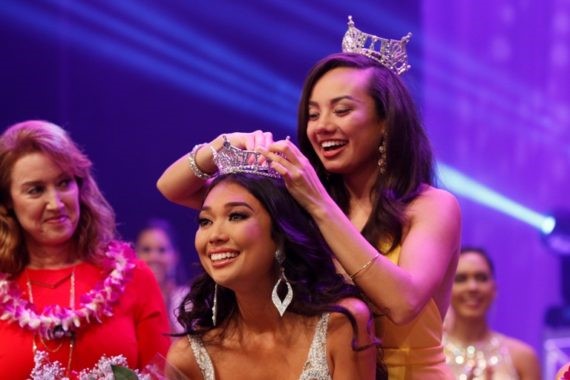 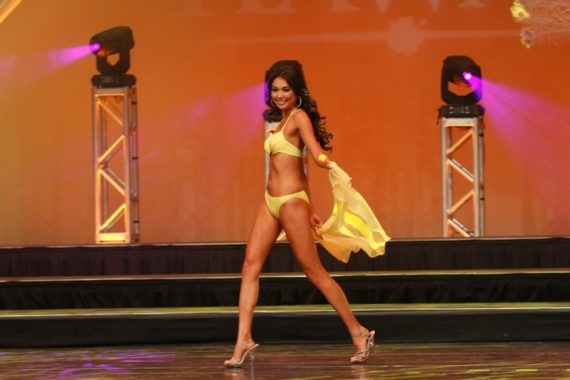 Humble. That’s the word that comes to mind when describing Allison Carol Nanea Chu, the newly crowned Miss Hawaii 2016. I’ve known the 22-year-old since she was in high school. Soon after her discovery as a model she was booking national campaigns and walking the runways of New York Fashion Week. Allie is just as genuine and unaffected by the limelight now as she was then.

As Miss Hawaii Chu goes on to compete in the Miss America pageant in Atlantic City this September. I had a chance to chat with her backstage after the pageant.

What was your earliest memory of Miss America and Miss Hawaii?

For as long as I can remember, I would watch Miss America and Miss Hawaii every year with my mom, but I never dreamed that I would be here, let alone be here with so many incredible women. It’s amazing to be a part of this organization.

What do you hope to accomplish during reign as Miss Hawaii?

My uncle Jim was diagnosed with skin cancer when I was younger. Growing up in Hawaii, being in the sun is such a part of our lives. I want to reach out into the community and promote my platform, Safe in the Sun: prevention and early detection of skin cancer.

I am also going to work hard to represent Hawaii, my family and friends, at the Miss America pageant.

As someone who has accomplished so much at such a young age, what advice would you give Hawaii youth?

I went to Kalani High School, I grew up in the public school system. As long as you are hard-working, you’re determined and you have something that you feel passionately about, you can accomplish anything that you want.