In 1999, I remember leaving the Cinerama theater after seeing “The Blair Witch Project” with some of my classmates thinking, “I’m not sleeping tonight, this freaked me out!” The movie played like a documentary so we seriously thought the found-footage flick was a creepy and sad story about three students; Heather Donahue, Joshua Leonard and Michael Williams. They hiked into Maryland’s Black Hills Forest in 1994 to shoot a documentary film on a local legend, the Blair Witch, and were never heard from again. One year later, their video footage was found. 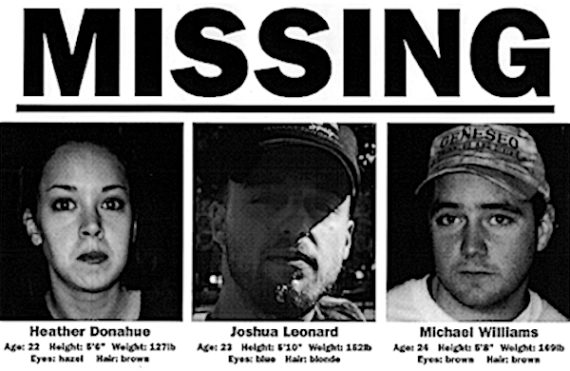 Much like the first “Paranormal Activity,” after it was obvious that the so-called found footage was actually a movie, the accolades began to roll in. “The Blair Witch Project” was produced on a $60,000 budget and grossed over $200,000,000. A year later, “Book of Shadows: Blair Witch 2” was released. It tried too hard to top the first flick and totally missed the mark – it was panned by critics and fans of the original.

Fast forward two decades. I had high hopes for “Blair Witch,” directed by Adam Wingard, a sequel to the original, and no relation (thank goodness) to “Book of Shadows: Blair Witch 2.”

James Donahue (James Allen McCune) sees a YouTube video and catches a glimpse of his sister Heather (from “The Blair Witch Project”) and believes it proves she’s still alive. Intent on finding her, he heads to the Black Hills Woods in Maryland – the site of his sister’s disappearance 22 years prior, that is rumored to be inhabited by the Blair Witch. James is accompanied by his best friend Peter (Brandon Scott), Peter’s girlfriend Ashley (Corbin Reid), and Lisa (Callie Hernandez), a film student hoping to document James’ journey. 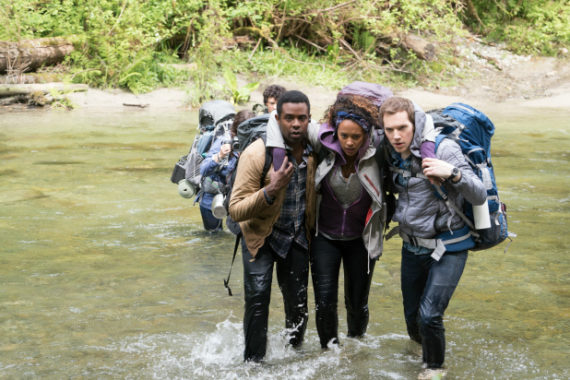 The team is equipped with ear-mounted cameras that look more like bluetooth earbuds, walkie-talkies and an aerial drone to aid in their search process. Before heading into the woods, they meet with the duo that uploaded the video to YouTube, Lane (Wes Robinson), and Talia (Valorie Curry). Lane tells the group that he uploaded the footage from a video tape he found by a tree in the woods, and that he will only reveal the location if the four friends agree to take the two locals with them on their search.

The use of technology gave the story line a fresh component. The drone flying over the woods made for great imagery, and the ear-mounted cameras were definitely not as shaky as those from the original flick. The suspenseful subtle scenes from the first night in the forest worked well. 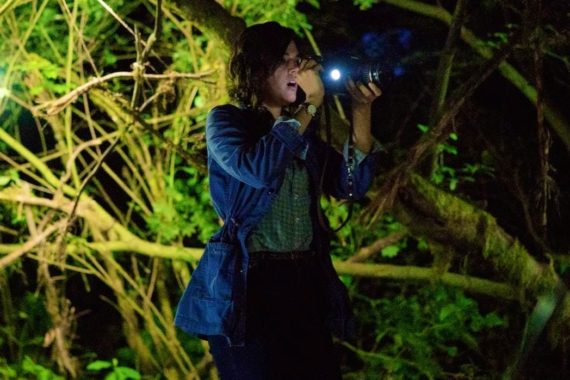 The original film was filled with inferred violence — it kept you literally on the edge of your seat. It didn’t spoon-feed the plot and the pacing was perfect. Unfortunately, the last 30 minutes of “Blair Witch” was rushed and in-your-face. It really needed breaks in the action. It was so constant, it got a bit redundant.

I expected a lot more, especially from Wingard, who directed the cult classic horror “V/H/S.” Although it falls short of “The Blair Witch Project,” there’s enough cover-your-eyes moments that it might be worth seeing at the matinee price or on Tuesday $6 movie day.