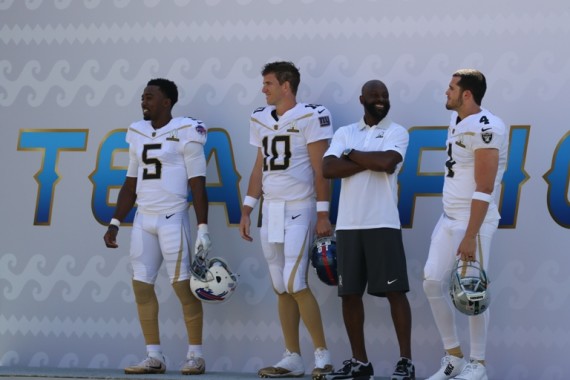 To help stop the yearly rumors that Pro Bowl is leaving Hawaii, here are my Top 5 reasons Hawaii deserves to host the Pro Bowl.

No. 5: Players love it. Most humans including pro NFL players love the perks of a trip to Hawaii in the dead of winter. And the islands are a great family-friendly locale. 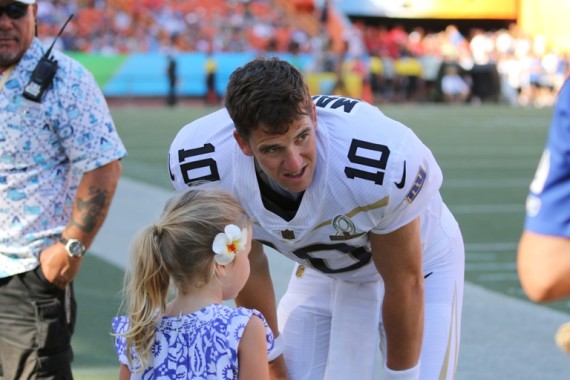 No. 4: Two words: military and kids. It’s a lot more than just the game and all the parties. Pro Bowl always has special perks for kids and the military. 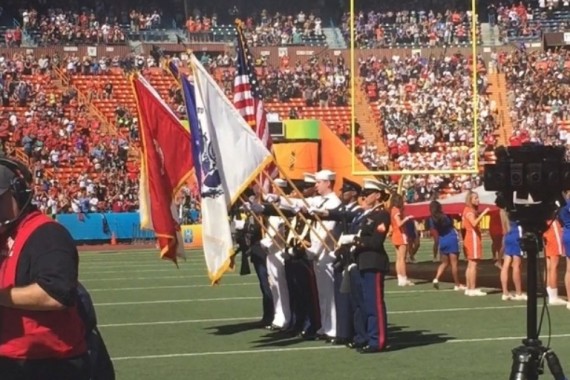 Military color guard during the National Anthem and other members of the military are given special access during the game each year at Aloha Stadium. Photo by Amanda Stevens.

No. 3: It’s sunny and 80-plus degrees. Wave hi to your friends in Seattle, Chicago and New York! And make sure you’re wearing shorts and rubber slippers.

Clear blue sky during the fly-over. Photo by Amanda Stevens.

No. 2: Post season or not, the athletes play hard. This includes NFL veterans, but especially the first-timers (action shots by Lyle Amine). 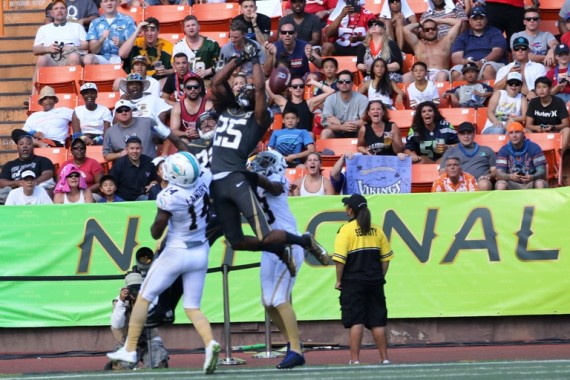 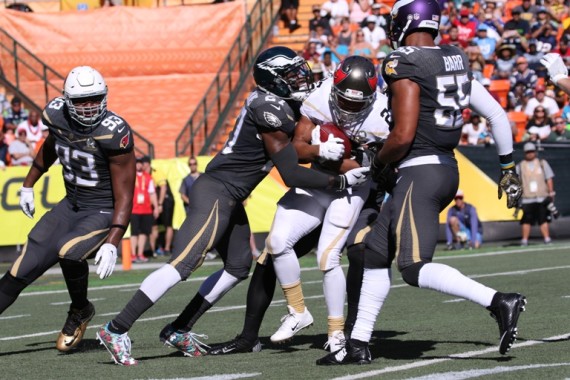