Last year, fascinated with the facial hair trend that was creating a paradigm shift in male grooming, I wrote about manscaping. Now there are several upscale barber shops in Honolulu, including two locations for Mojo Barbershop and Art of Shaving at Ala Moana Center. 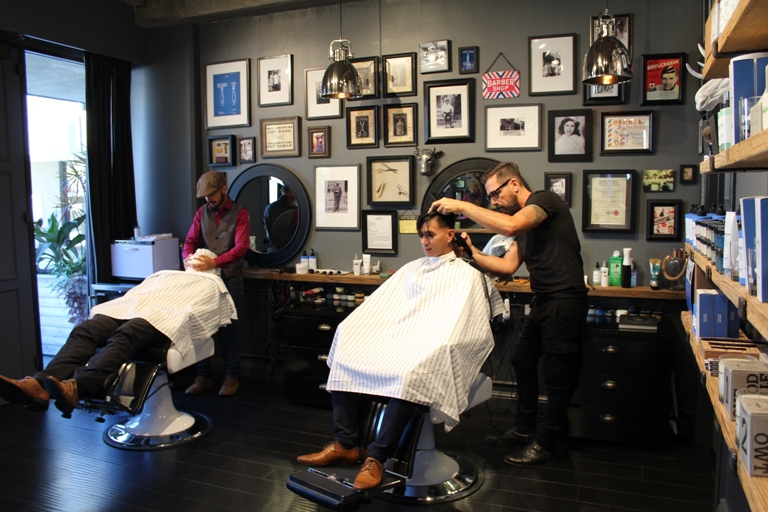 The newest is Phil’s Barber Shop, an upscale pop-up inside J Salon in Ward Plaza. Salon owner Joe Randazzo designed and built most of the 300-square-foot barber shop himself. It’s masculine with dark grey walls, wood accents, leather and chrome, almost like a gentlemen’s study or club. 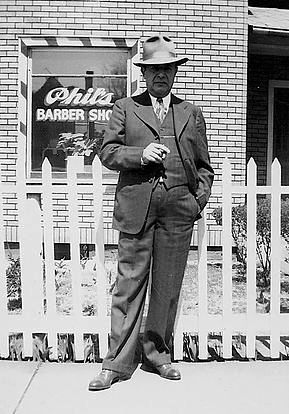 “It is personal for me,” Randazzo says. “It’s about tradition, a family lineage.” The barber shop is an homage to Randazzo’s grandfather, Philip Marsala, who opened a barber shop in the front room of the family home in Benton Harbor, Michigan in 1931. Randazzo showed me Phil’s original scissors and other vintage pieces that make up the decor.

Vidal Sassoon-trained Randazzo spent a week training at Shorem Haarsnijder & Barbier in Rotterdam, pretty much the mothership of barbering and a ‘no woman allowed’ zone in Holland. That is where he honed his skills in pompadours, flattops, contours, fades and straight-razor shaving techniques. No doubt he’s using some of them working backstage at New York Fashion Week shows. 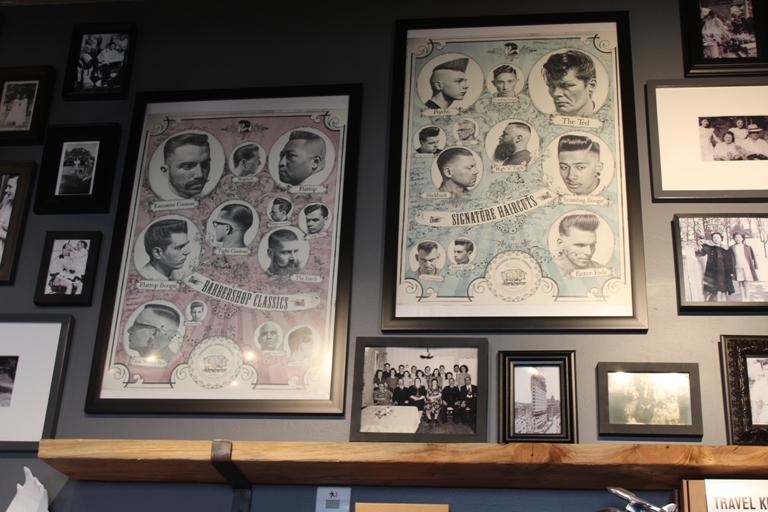 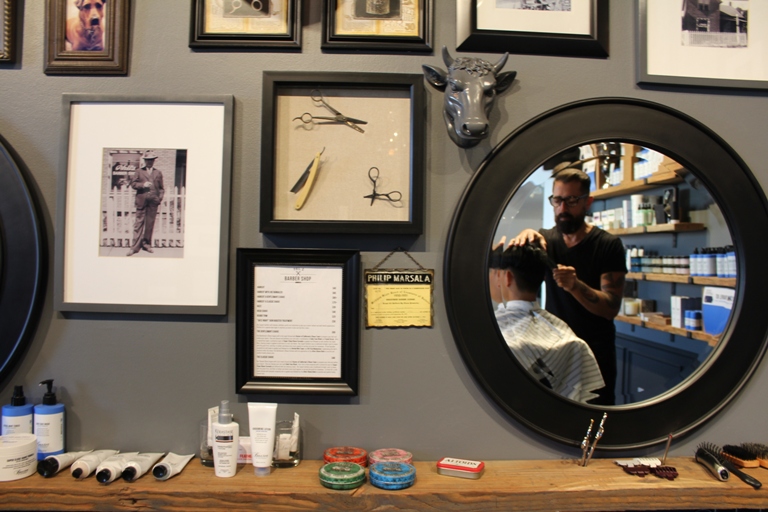 Phil’s original barber tools in the shadow box on the wall. 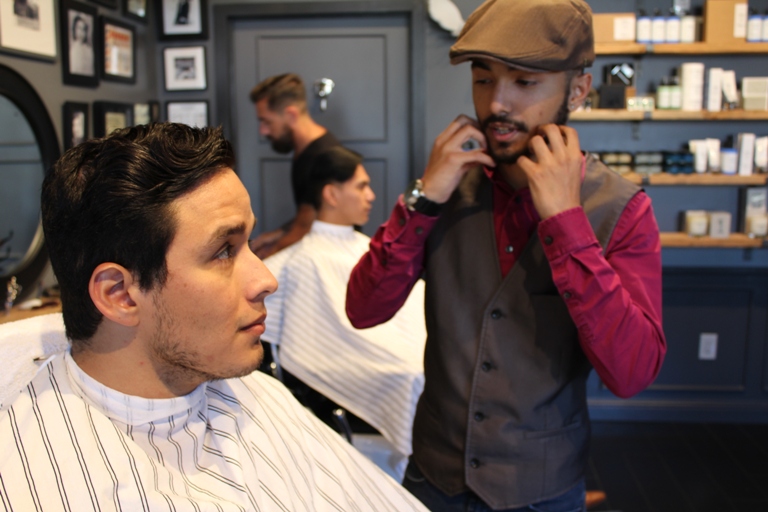 Before: Gino Luciano gets a Gentleman’s Shave from Hunter Wilson, barber stylist. 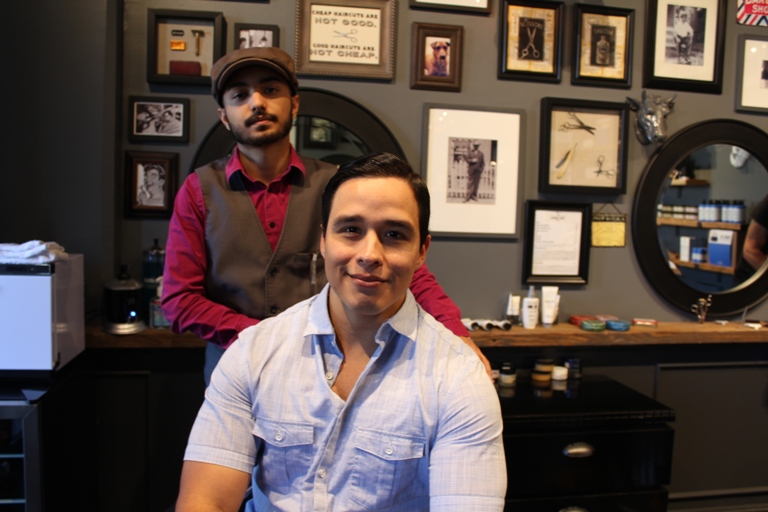 After: A clean straight-razor shave and skin conditioning. 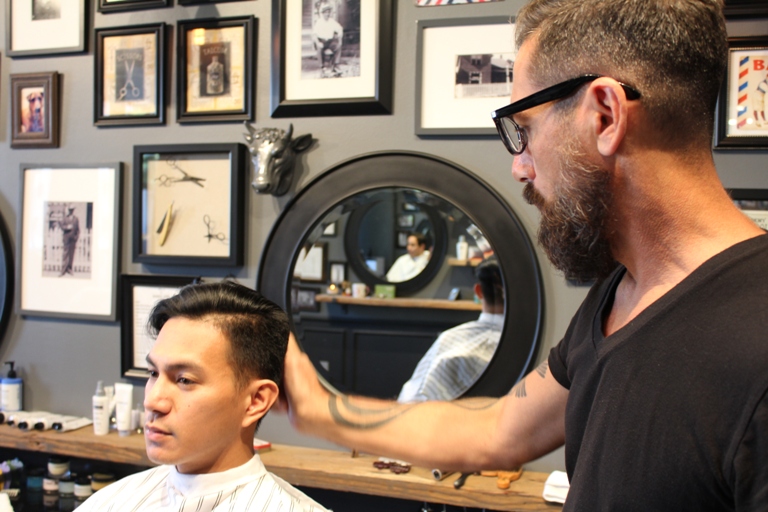 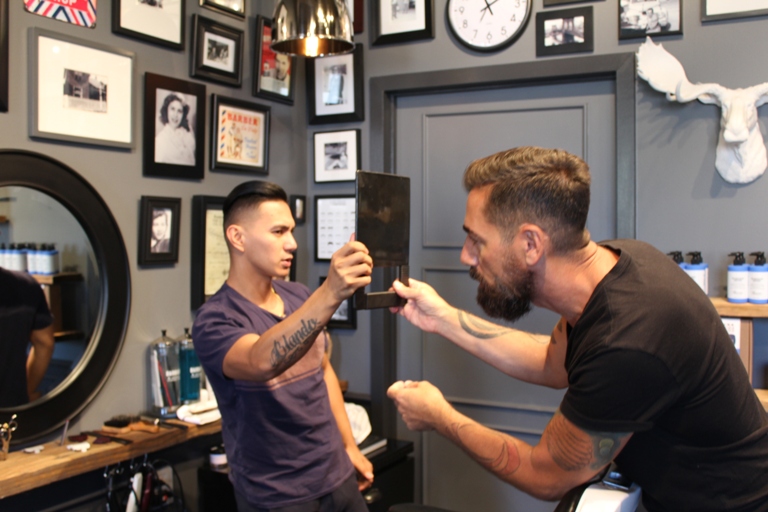 After: Keyneth takes a look at his new cut.

You’ll find a lower price point than J Salon, and a man-friendly experience with no shampoo, cappuccinos or button-up gowns. Men get a cape and a sanitary neck strip just like back in the day.